‘So others can access what they need’: a conversation with Dr Cathy Kezelman AM

Do we choose to become leaders? Or does leadership choose us? 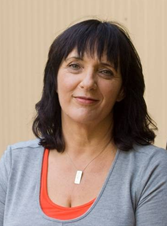 These questions came strongly to mind in my recent talk with Dr Cathy Kezelman AM (pictured) about how we can help support the next generation of not-for-profit leaders in Australia.

I’ve had the privilege of knowing Cathy for over a decade, especially around efforts to build a national approach to child safety and wellbeing. Cathy is a medical practitioner, a mental health consumer advocate, and President of the Blue Knot Foundation National Centre of Excellence for Complex Trauma. Her many other leadership roles include membership of the NSW Mental Health Community Advisory Council.

Under her leadership, Blue Knot has grown from being a peer support organisation to a national centre of excellence that combines a prominent consumer voice with that of researchers and clinicians who advocate for socio-political trauma-informed change and informed responsiveness to complex trauma.

She has been a prominent voice in the media and author of a memoir that chronicles her own journey of recovery from child sexual abuse: Innocence Revisited: A Tale in Parts[i]. She was appointed a Member of the Order of Australia in 2015 for significant service to community health as a supporter and advocate for survivors of child abuse.

Cathy began by reflecting on the challenges of advocating on the issue of childhood trauma. She took a long-term view.

‘The challenge’, she said, ‘is to work around an issue that has a lot of stigma and is poorly understood but which has enormous prevalence and impact across society at all levels’.

‘In terms of measuring achievements, particularly over the last 5-10 years, the whole issue of complex trauma and childhood trauma and understanding of the long-term impacts of trauma and abuse have entered the public consciousness and is spoken about a lot more than previously’.

One of Cathy’s driving goals is ‘to build capacity across diverse services around trauma and to move from a place of judgement, fear and ignorance and punitive response to one which is trauma-informed and about acceptance, understanding and respect’.

‘There’s still a long way to go. We are seeing parallel processes around domestic and family violence and the Royal Commission into Institutional Responses to Child Sexual Abuse. All these previously hidden, highly-stigmatised areas are now on the map’.

I asked Cathy what sustained her as a leader. The answer lay deeply embedded in her personal story. She reflected on being sexually and emotionally abused as a child, about her long road to recovery, and about how her training as a GP did not prepare her.

‘The system,’ she said, ‘really had no idea what to do with me when I was unwell and dealing with my own history’. She talked about having been ‘in a relatively privileged position in that [she] could get help to regain health and get some sense of understanding’, but noted that that was not the position for many others.

Out of that experience arose her passion to change things so ‘others could access what they needed…and to see systemic changes [that moved] from a purely biomedical approach of symptoms, diagnosis and pathology, to one which understands what’s happened to a person’.

Cathy was clear that she didn’t choose to be a leader as if by some carefully designed plan. Rather, she said, ‘it was chosen for me by my circumstances and then I needed to acquire a whole lot of skills along the way’.

To take the lead, she had to learn how ‘the system’ worked, how to use its levers, ‘to understand why certain ways of doing things were entrenched’, to identify the steps that were needed for change, and how to take a collaborative approach of working with others to effect change.

‘You work on a shared language, a shared vision to get to a place where you have a different way of functioning. It’s iterative. We know the system is very piecemeal and you need a coordinated approach so you can build up a head of pressure.’

She also came to recognise that it would take time to achieve change – for example, in embedding trauma-informed principles across and within services for those affected by childhood trauma. These things would not happen overnight and ambitious goals had to be ‘chunked-down’ or reduced to be made realistic, manageable and achievable.

People of generosity and goodwill

Finally, I asked for Cathy’s advice to emerging or aspiring not-for-profit leaders.

‘Choose what inspires and drives you and, when it’s tough, remember your overarching agenda and values – keep the bottom line in mind’, she said.

And, with characteristic optimism, she concluded: ‘It is endlessly rewarding to get feedback from unexpected sources that you are getting traction. I never cease to be amazed by people’s generosity and goodwill despite the harm done to them.’

In his excellent book on leadership, Discover Your True North. Becoming an authentic leader, businessman and Harvard management professor Bill George reflected on how leaders can become side-tracked by failing to take on jobs that speak to their inner values and beliefs. He wrote:

Moving away from external validation of personal achievement isn’t easy. Achievement-oriented leaders grow so accustomed to successive accomplishments in their early years that it takes courage to pursue their intrinsic motivations. But, at some point, most leaders recognize they need to do what they love rather than achieving external acclaim.[ii]

My time with Cathy was a strong reminder of the variety of paths to becoming an authentic leader and the courage needed to follow an inner passion for a better world. Thanks Cathy.