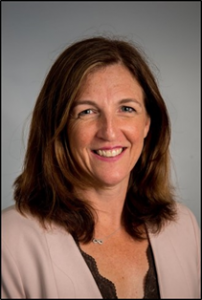 This year marks the YMCA’s 175th birthday. The YMCA is the largest global youth movement and was established in 1844 in England and 1851 in Australia.

Today across Australia, the YMCA works in over 500 communities and has over 13,000 staff and 3,500 volunteers. Each year there are over 28 million participations in YMCA programs and services, ranging from health clubs to swimming programs, from children’s services to outside school hours care. The YMCA is ‘dedicated to turning our belief in the power of inspired young people into reality’.

My recent interview with the YMCA’s National CEO Melinda Crole revealed much about ways of meeting the challenges of leading one of Australia’s largest not-for-profit organisations through a period of major transformation. Melinda has been CEO for two years, with more than a decade of work across the YMCA prior to that, including as national manager of compliance and risk and overseeing the organisation’s licensing and compliance systems. Originally trained in biotechnology, Melinda has a passion for science – read on to learn her views about the importance of collecting robust evidence and battling against the perils of what she calls ‘anecdata’….

We went back to our DNA

Melinda talked about the YMCA Australia’s journey over the past few years, a journey to refocus the organisation around a strengthened vision and purpose.

‘It was about realigning and refocusing the organisation into something quite defined. In the past we tried to be a lot of different things to different people but found we couldn’t be masters of everything. The challenge was to see how collectively we could get 14,000 people across Australia to align around a common cause.’

‘We really had to dig down and find out what our belief was and why we existed. It’s been quite phenomenal that we could get such a large organisation to refocus and reorganise itself around a common purpose around young people. Sometimes we had to take a step back and ask: ‘What can we be best at?’ We went back to our DNA.’

‘We realised, too, that the voice of young people is not strong in Australia. If you look at the statistics, less than 20 percent of young people think they have any agency within their communities.’

‘If children and young people don’t have a voice they can’t be safe let alone go up the hierarchy to become empowered and inspired. Australia needs to be able to listen to its young people, to learn what they want for their future.’

‘I am a big believer,’ she said, ‘in collective leadership. No one person knows everything, especially in this age of rapid change. If we can learn how to lead collectively and put ego and hierarchy to the side we will get better outcomes.’

Confronting the fear of change

One of the biggest barriers Melinda has had to cope with has been other people’s fear of change. ‘It hit me in the face. Many people feel comfortable in the status quo and are willing to tinker around the sides but often there’s an inherent fear of significant transformational change.’

Melinda has two strategies to overcome resistance to change. ‘First,’ she said, ‘there’s the collective leadership piece: we need to make people feel heard in the spaces in which they have the most capability. The other thing is challenging misinformation or what I call ‘anecdata’ [anecdote combined or confused with robust data]. I’ve found that anecdata isn’t real. We’ve done a lot of work around ‘what is’ and ‘where we are as a collective.’

When asked about the sources of support for her work, Melinda talked about the ‘change champions’ she loves working with. ‘They are open to looking at things differently and collectively. I also have a professional coach who helps me not just to focus on career but on self. She does a lot of mindfulness work. I’ve found it challenging to have a conversation about me and not just about work. These need to intermingle. It’s about work-life integration, not about work-life balance.’

Challenges for the not-for-profit sector

Melinda thought that not-for-profits can be slower to adopt change in the face of rapid technological and other changes. ‘Technological changes can leave us behind quickly. Look at how some private sector organisations know their customers to a depth we’ve never known before. It’s not something that not-for-profits do really well. We don’t know as much as we should [about our clients] and it would be powerful in the hands of good!’

Asked whether not-for-profits lag behind for-profit organisations because of concerns over privacy, Melinda suggested a balanced approach. ‘If you look at some of the data private companies mine they can really help people to move forward. We get worried about being intrusive and breaching privacy and forget that some of this information can deliver huge benefits for people.’

Asked what advice she would give to aspiring not-for-profit leaders, Melinda concluded: ‘We need innovative change champions in the not-for-profit sector. And, we need to nurture each other to have a community of practice approach rather than competing for space, dollars or output. We don’t need to be like that.’