‘Giving permission to pursue excellence’: a conversation with Natalie Lewis

A common theme in my conversations with not-for-profit leaders has been a preparedness to keep learning while holding onto self-belief, 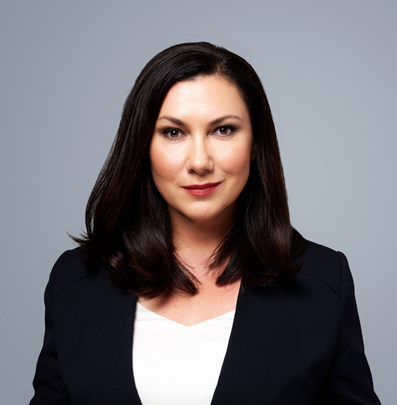 values and conviction. That certainly holds true for my next interviewee, Natalie Lewis (pictured).

Natalie also serves on the National Executive of SNAICC – National Voice for our Children and is the Chairperson of the national Family Matters Campaign.  She played a major role in influencing the Queensland Government to adopt the Family Matters building blocks as the foundation of the Our Way strategy, the first whole of government generational commitment launched in any Australian jurisdiction to eliminate the over-representation of Aboriginal and Torres Strait Islander children in statutory child protection systems.

Natalie was recently appointed to the newly-established Queensland First Children and Families Board to provide leadership, guidance and independent advice to inform the implementation of Our Way.

Lead from where you are

The first thing Natalie told me was that she was uncomfortable with being called a leader. ‘When I think about leaders,’ she said, ‘I think of people totally different to me’.

She said that people shouldn’t get ‘fixated on leadership being equated with being in a particular role or a position’. For her, leadership isn’t about being at the top of an organisation, but about ‘people leading in spaces that mean the most to them’, even if that’s at the bottom of an organisation.

Language of hope, imagination and wellbeing

When I asked about achievements, one that stood out for Natalie was the transformation that had taken place within her own organisation. She spoke about how QATSICPP’s growth has been accompanied by a deliberate strategy of cultural reframing, to ‘give people permission to pursue excellence’.

She said that she recruits people not just on their technical skills but also on ‘their values and commitment to our kids’. ‘We’ve shifted up: we stopped talking about protection and vulnerability and moved to language that is about hope and imagination and wellbeing. We’re reframing the language, to communicate our aspirations, the version of who we are at our best, not what others depict us to be. There’s a perverse incentive in perpetuating a version of us as the problem rather than the solution’.

That paradigm-shifting ethos reflects the way Natalie sees and interacts with the external world. Declaring herself as having high expectations and being ‘stubborn’ (traits she attributes to her mother), she said ‘I refuse to believe that we’re as messed up as people think we are. At the end of the day I want what’s fair and right and to lift us up. If I can see that in some way I’m helping to do that, I can show up for work the next day’.

Permission to get it wrong

One of the strongest points Natalie makes is about how leaders handle expectations and advice. She reflected on the many times she has found herself in meetings as the only non-government representative or regarded as the authority on Aboriginal and Torres Strait Islander issues.

‘There’s a massive expectation that I’ll get it right every time’. Yet, the reality is that she’s only one voice. She relishes the advice others give to help her learn: ‘I prefer when I’m not going well for people to tell me and help me…and when I have permission to get it wrong’.

To illustrate, Natalie recounted one story about overcoming her dread of public speaking. A well-known Australian took time to coach her on speech delivery. That was an act of generosity for which Natalie is hugely grateful because it meant she could improve and get her messages out more effectively.

She makes the same point about handling disagreement. While it is great to receive encouragement, sometimes it is more valuable to receive people’s candid opinions to help you to improve. As difficult as it can be, listening to others’ perspectives about your performance is important: ‘I’m not afraid of people disagreeing with me. It doesn’t help me to grow if I’m not challenged.

Asked where she gets support to keep leading, Natalie talked about how important it is to have people close to her who listen with ‘respect and understanding and without judgement’.

Aboriginal culture and leadership is an ever-present source of support and inspiration. ‘The history of Aboriginal leadership is a constant reminder,’ she said. ‘I don’t have to look far for inspiration. Those leaders have been doing it for a long time. I am doing my best to honour their legacy’.

And, it’s all about children and families. She was clear: ‘Our primary accountability is to kids and families. Growth of the organisation isn’t the measure of success.’

She expressed concern about the growing corporatisation of the community sector in Australia. ‘We don’t want to be driven by share-holders,’ she said. ‘If we lose the notion of service to the community, it erodes our soul and we have nothing to draw on’.

‘When we give up that space, then even small neighbourhood centres that support communities become transactional.’

A final word to aspiring leaders…

In closing, I asked Natalie what advice she could give to aspiring leaders in the not-for-profit sector.

‘You need to know what failure looks like and feels like but most importantly, how to take the next step with your chin up’, she said. ‘You have to set high expectations, be self-aware so as to truly understand your capacity for influence and impact and to be comfortable with knowing that you don’t know everything! Pretending you do, helps no one and can harm many. You must learn to appreciate the progress that comes from the experience of both falling short and achieving. Surround yourself with people who give you permission to fail, but who also expect and believe that you will get up and get it done.’

‘Get rid of your self-importance’.